A contemporary & contextual house on a 75’x50’ plot for a doctor’s family of 6 people spanning over 3 generations. The brief was to have 4 luxurious bedrooms & ample living spaces to suit their requirements, entertainment & service areas. The residence measures 4508 sq.ft in area and is situated in a quiet neighbourhood in Bagalkot. The main design challenge here was to deal with the extreme heat of the region. The project was completed on November 4, 2018.

Considering the harsh climate of Bagalkot, the house is laid out as cuboidal jenga blocks with solid & void spaces, with the intention of the solid masses passively shading the void spaces.

The ground floor is laid out as 2 solid masses housing the private spaces sandwiching the void space. Subsequently, on the floor above the masses rotate giving rise to amalgamation of void spaces visually connecting vertically & horizontally housing the common living spaces.

The large cantilevers thus formed on the outside act as shading devices for the solid masses below. The northern facade is flanked by a large window in wood & glass to facilitate positive ventilation & considering the angle of sun in this part of the country, pleasant north light filters into the house without the harsh heat. Smaller overhangs flank the north whereas the southern windows are shaded by large overhangs.

It was very important to create shaded windows in the south to facilitate positive ventilation through stack effect.

The spaces have been meticulously planned keeping in mind the climate of the region, the user activity pattern, the time of usage of the space so as to maximize the thermal comfort. This result can be seen where all the common living spaces are naturally ventilated without any artificial cooling systems.

The exterior material palette of the residence is inspired from the rocky terrains of the region where the lower masses are cladded with stone & the wooden louver details derived from the prevailing local architecture.

The hobby room is wrapped with a louvered screen made of mild steel & wooden louvers allowing filtered light to permeate & adds in visually breaking down the mass on the exterior & complimenting the stone cladding. 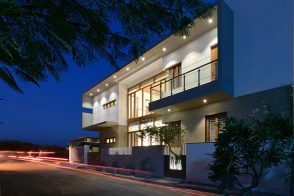 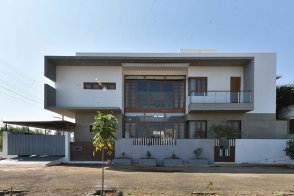 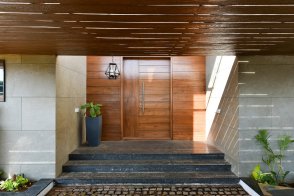 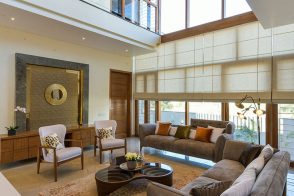 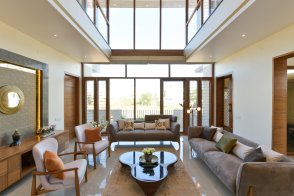 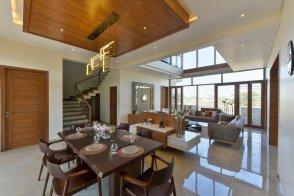 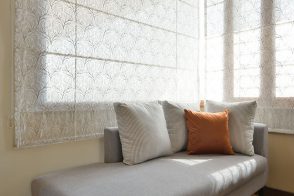 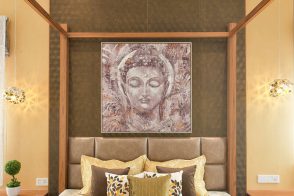 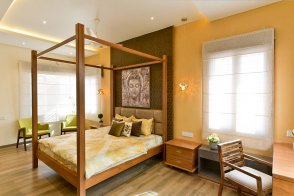 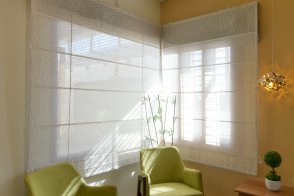 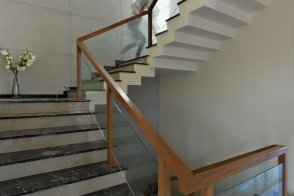 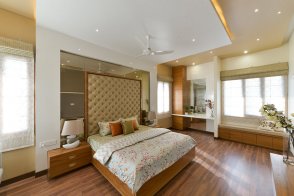 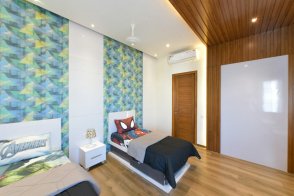